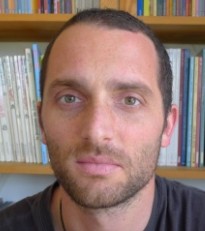 I design algorithms and probabilistic models of molecular evolution. Most notably, I am developing the software package PhyML (for Phylogenetics through Maximum Likelihood) which serves as a basis to implement my research outputs. I was trained as a biologist/statistician but I am now working in the computer science department of the LIRMM in Montpellier, France. I also worked for the Department of Statistics at the University of Auckland.

Accounting for ambiguity in ancestral sequence reconstruction. A. Oliva, S. Pulicani, V. Lefort, L. Brehelin, O. Gascuel & S. Guindon. Bioinformatics (in press) We propose a new criterion that better accomodates for ambiguity in ancestral (nucleotide or protein) sequence reconstruction. In particular, more than one nucleotide or amino-acid are inferred whenever multiple states have similar marginal posterior probabilities. The proposed approach is computationally efficient and does not rely on arbitrarily set tuning parameters.


Accounting for calibration uncertainty: Bayesian molecular dating as a ``doubly intractable'' problem. S. Guindon. Systematic Biology. 67: 651-661. 2018. I describe a technique for molecular dating that accomodates for uncertainty in the placement of calibration constraints as defined by an expert. The method relies on the so-called ``exchange algorithm'' for sampling from doubly intractable distributions Cover of July issue!


Demographic inference under the coalescent in a spatial continuum. S. Guindon, H. Guo, D. Welch. Journal of Theoretical Population Biology. 111: 43–50. 2016. We describe a method that fits a structured coalescent model assuming that individuals are scattered on a continuum rather that distributed in discrete demes. We show that the density of the population and the rate of dispersal of individuals can be inferred simultaneousy from the analysis of geo-referenced genetic sequence using this technique.


Modeling competition and dispersal in a statistical phylogeographic framework. L. Ranjard, D. Welch, M. Paturel, S. Guindon. Systematic Biology. 63:743-752. 2014. We describe a model where the probability for a species to colonize an empty island at some point during the course of evolution is the same at that of an occupied one only if species do not compete with each other. Using simulations, we show that these probabilities can indeed be estimated from geo-referenced genetic sequences.


From trajectories to averages: an improved description of the heterogeneity of substitution rates along lineages. S. Guindon. Systematic Biology. 62:22-34. 2013. Assuming that the evolution of the substitution rate at each position along a sequence is a realization of a (geometric) Brownian process, the rate averaged over a given time interval is approximately gamma distributed. This study shows that ignoring the stochasticity of average substitution rates leads to poor estimates of important evolutionary parameters. The proposed approach also provides an efficient implementation of the covarion model that does not require augmentation of the state space.